Taco Obsession is a 2018 Jack in the Box commercial promoting the $3 Taco Deal.

A doctor is performing surgery. He requests a scalpel from a nurse, who hands him one. He then requests a taco, and the nurse pulls down his surgical mask and feeds him a taco. In a voiceover, Jack Box asks the viewer if they are one of the millions of Americans whose love for Jack in the Box tacos has become an obsession.

A bearded man opens the door to his closet, which is filled with tacos, some of which fall from a high shelf. "No tacos here," he claims.

In an office, Jack introduces himself and says he's here to help, by giving the taco-obsssessed what they need most: even more tacos.

The bearded man takes a bite of a taco and puts it in his pocket.

Jack describes his $3 dollar taco deal over b-roll footage of the food.

The doctor is using defibrillators on the patient and yells "charge!" He then yells "taco!" and the nurse again feeds him another taco. "So if you have a taco obsession," says Jack, "don't beat it, feed it." The Jack in the Box logo appears over the text "#TacoObsession." 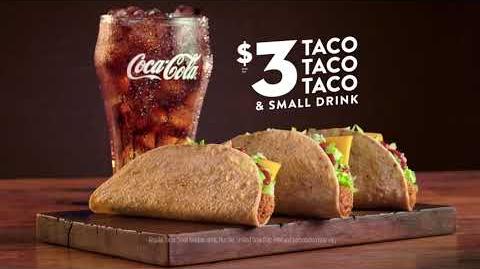 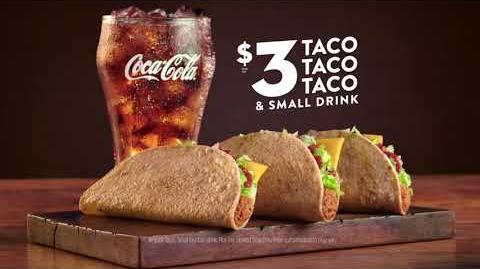