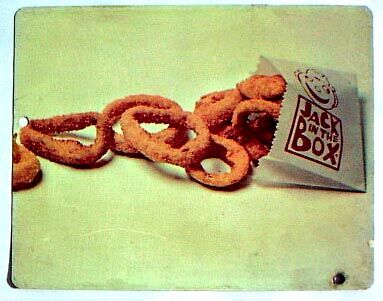 Onion rings are a form of hors d'oeuvre or side dish commonly found in the United States, Canada, United Kingdom, Ireland, Australia, and some parts of Asia. They generally consist of a cross-sectional "ring" of onion (the circular structure of which lends itself well to this method of preparation) dipped in batter or bread crumbs and then deep fried; a variant is made with onion paste. Onions rings have been served at Jack in the Box since the 1950s.

The exact origins of the onion ring are unknown, but in 1933 a recipe for deep-fried onion rings that are dipped in milk then dredged in flour appeared in a Crisco advertisement in The New York Times Magazine.

A recipe for French Fried Onions may have appeared in the Middletown, NY Daily Times on 13 January 1910. It does not claim to be the originator of the recipe.

One claimant to the invention of the onion ring is the Pig Stand restaurant chain, founded in Oak Cliff, Texas, in the early 1920s. The once-thriving chain, whose heyday in the 1940s saw over 100 locations across the United States, also claims to be the originator of Texas toast.

The restaurant A&W is credited with popularizing the onion rings in fast food restaurants, introducing it to its menu in the 1960s.

John Mollard's 1802 cookbook "The Art of Cookery Made Easy and Refined" (page 152) includes a recipe called "Fried Onions with Parmezan Cheese." The recipe suggests cutting onions into 1/2" rings, dipping them into a batter made of flour, cream, salt and pepper, and Parmesan cheese, and then deep frying them in "boiling" lard. It further suggests serving them with a sauce made of melted butter and mustard.

Two characters have represented onion rings in Jack in the Box advertising: Onion Ring Thing during the 1970s, and Ollie O. Ring during the early 1990s. Both of them were anthropomorphic onion rings. It is unknown if they were related. 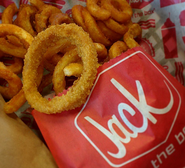 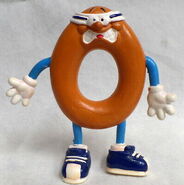 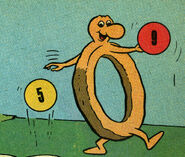