Jack in the Box Wiki
Register
Don't have an account?
Sign In
Advertisement
in: Characters, Jack Pack

Member of the Jack Pack

Jack Pack
Ollie O. Ring was an anthropomorphic onion ring and a member of the Jack Pack.

He is depicted with a light brown body, bright blue limbs, and white gloves. He wears a fitness band around the top of his head/body and sneakers on his feet, indicating that he lives an active lifestyle. Toys have depicted him in multiple colors.

Personality-wise, Ollie appears highly energetic and somewhat frantic. In a Camelot-themed puzzle, he is depicted as a court jester, perhaps an indication that he was the comic relief of the group.

His middle initial, "O," implies that his middle name is "Onion," but this is unsubstantiated by the canon.

It is possible Ollie is related to Onion Ring Thing from the earlier Jack in the Box Bunch continuity. 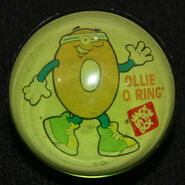 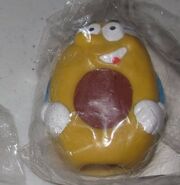 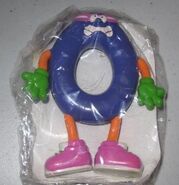 A green Ollie bendable figure from the back