In 2005, Jack in the Box announced plans for nationwide expansion by 2010, entering new markets as well as returning to markets where it had a presence in past years. In support of this objective, the chain began airing ads in states several hundred miles from the nearest location. The expansion strategy at that time was targeted at Colorado, Delaware, Florida and Texas. In 2007, the first new Colorado store opened in Golden, Colorado, marking an end to Jack in the Box's 11-year-long absence from the state.[24] In Albuquerque, New Mexico, several locations opened in June 2009.[25] Jack in the Box restaurants last made an appearance in the Albuquerque market about two decades prior.[26]

In September 2010, it was announced that 40 under-performing company-owned Jack in the Box restaurants located mostly in Texas and the Southeast would close.[27]

On December 16, 2004, the company restated three years of results due to an accounting change that prompted the company to cut first-quarter and 2005 earnings expectations.[35] 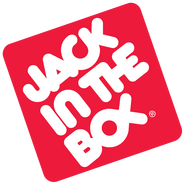 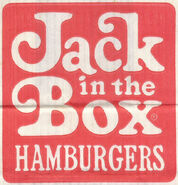 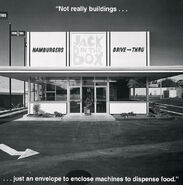 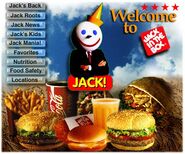