JACKvsMARTHA is a 2018 Jack in the Box commercial aired during Super Bowl LII.

During an episode of her show Martha Stewart Live, Martha Stewart is showing off a banh mi-inspired fried chicken sandwich, declaring "you'd never find this at a fast food restaurant" to laughter from the studio audience. An angry Jack Box, who has been watching the show on his smartphone, marches through the production facility and declares "Oh, is that right, Martha? I don't think so!" as he ignores a production assistant and kicks open the studio door where Martha's show is being taped.

"Hey Martha, my new Food Truck series has an Asian-fried chicken sandwich," Jack declares. He then describes it in detail as b-roll of the sandwich plays and insists "I'd put it up against yours any day!" Martha calls for security and three security guards begin to take Jack away. "What's the matter, you think someone from the fast food world is going to show you up?" and tells the guards he'll pay them double what Martha's paying them. Martha tells the guards to wait and takes off her earrings as a Western-style musical sting plays. "You wanna go to war with me, Jack?"

Jack is undaunted: "What are you gonna do, tuck me into bed and read me a cookbook?" The audience goes "ooh!" and a guard stifles a laugh. Martha grabs Jack's nose, which to her surprise comes off easily. Jack is in shock and asks "What the [censor bleep]?" as the television feed cuts to a "technical difficulties" screen for a few seconds.

The scene shifts back to Jack and Martha. Jack's nose is back on his head but not in the right spot. "Let me fix it," Martha insists as Jack whimpers. She adjusts it and it seemingly slides back into place with a magnetic "snap."

Jack asks if she's going to try his sandwich, but Martha orders the guards to "get him out of here!" As he's being dragged away, Jack exclaims, "It's on, Martha! I'm going online, I'm starting a hashtag, get ready for a Twitter war!" A black screen showing the Twitter logo and "#JACKVSMARTHA" is shown. This is replaced by the Jack in the Box logo as Martha says "Bye, Jack." 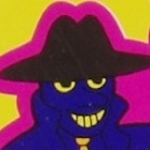 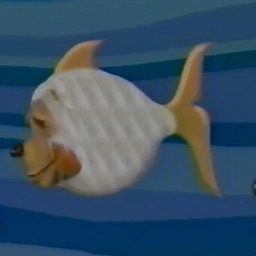