Jack in the Box Wiki
Register
Don't have an account?
Sign In
Advertisement
in: Real people, Actors

Daniel John "Dan" Gilvezan (born October 26, 1950) is an American actor who served as the ad spokesman for Jack in the Box (and its short-lived rebranding as Monterey Jack's) for several years in the 1980s, a period when the restaurant was attempting to pivot away from clown-based advertising and attract older, more affluent "yuppie" customers with a more upscale menu.

Gilvezan was born in St. Louis, Missouri. He graduated from Webster University with a B.A. in drama and later earned a master's degree from The Catholic University of America. Soon afterwards he began touring with the National Players company in Washington D.C. From the mid-to-late 1970s, he appeared in plays in summer stock, children's theater and dinner theater. In 1980, while doing an on-camera commercial he met an agent from The Tisherman agency and signed on with them. His first voice-over role was as Spider-Man in Spider-Man and His Amazing Friends, which continued for three seasons.

Gilvezan also worked on Jem, providing a few guest roles on various episodes, though he did play (with a British accent) a recurring character called Sean Harrison, one of Kimber's many crushes, who almost proposed to her at the end of the second season.

Gilvezan returned to the Spider-Man Universe to lend his voice to Miguel O'Hara/Spider-Man 2099 in Spider-Man: Shattered Dimensions. In an interview with 2D-X.com, he stated "After a 25 year hiatus, I feel I finally have a grasp of the character. Seriously, the whole experience has been a delight." Gilvezan later reprised his role as Bumblebee in the video game Transformers: Devastation.

Gilvezan is also a published author, having written books such as Drowned in the Grenadine, a fictional story of a failed actor seeking to make a comeback, and Bumblebee and Me: Life as a G1 Transformer, an autobiographical recollection of his work on the original Transformers animated series and its effect on his life and career.[2][3]

From 1981 to 1986, Gilvezan starred in over 50 Jack in the Box commercials, playing a "winsome" spokesman who extolled the virtues of a plethora of products including Dinner in the Box, croissant breakfasts sandwiches, cheese nachos, and the Swiss & Bacon Burger Supreme.[4] The character would frequently attempt to compare Jack in the Box's food to those of McDonald's and other fast-food chains, but to no avail (either the competition did not sell a similar product, or he would claim their version was not as good as Jack in the Box's), hence the slogan "There's No Comparison." A running gag in later commercials would feature characters asking him some variation of "Aren't you going to do a comparison?"

Following the campaign, Gilvezan struggled with finding new roles. A 2012 Bloomsberg article quoted him as saying "I couldn't book another commercial... Nobody wanted the Jack in the Box Man selling whatever their product was. I was totally overexposed."[4]

"The one that got away" 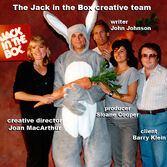 Gilvezan (in bunny suit) with other members of the creative team 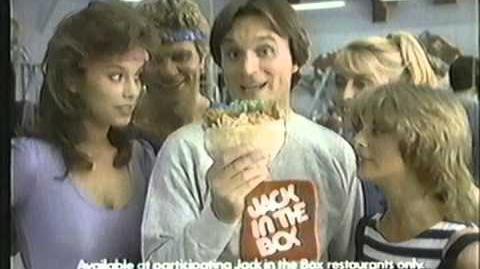 1983 Jack In The Box Commercial 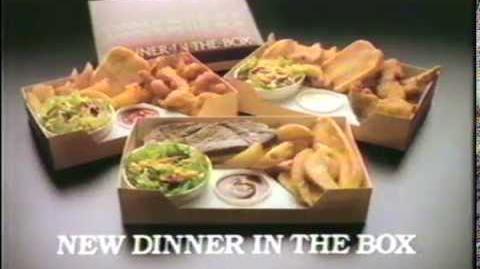 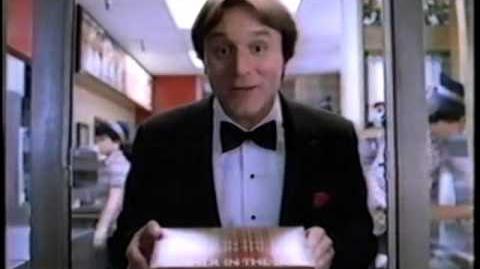 Jack in the Box "Dinners in a Box" Commercial 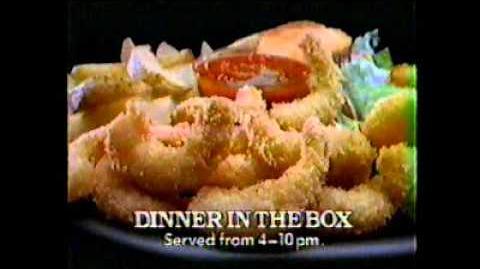 Jack in the Box - Dinner in a Box Commercial 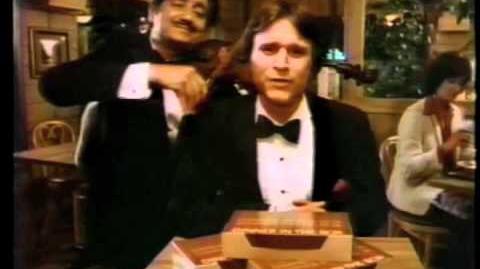 Jack In the Box Commercials 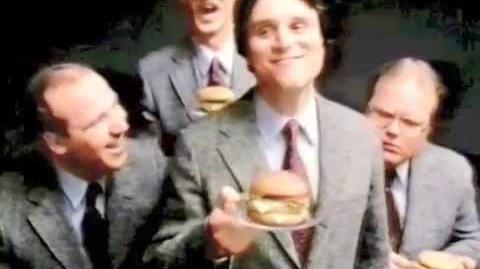 Jack in the Box Commercial Outtakes 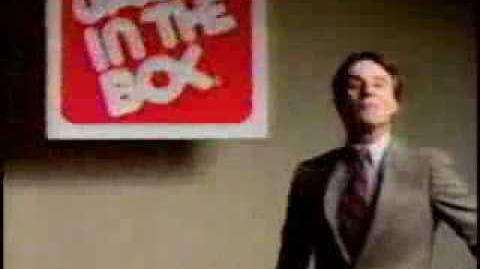