In 2016, Cricket became pregnant with the couple's second child and her subsequent cravings spurred Jack to launch the "Brunchfast" campaign.[2] Although there was a baby shower held,[3] the only mention of a second child is a November 2018 tweet indicating a daughter.[4] 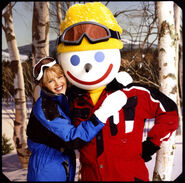 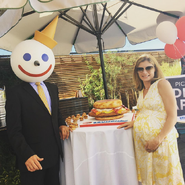 Cricket has been portrayed by several actresses, including Laura Dunn[5] and Gillian Vigman.[6]